Quantum Training for Theatre is a programme for teachers, directors and actors aiming at a fundamental innovation of acting pedagogy.

Quantum Training for Theatre builds the bridge between natural sciences and art – in artistic practice and education.

Quantum Training for Theatre proposes a change of mind-set and addresses to those who are envisioning a change in their teaching practice and system.

Quantum Training for Theatre means perceiving and shaping the teaching itself with the aspiration to the highest artistic level. It recognises teaching as a creative act and the teacher as an artist.

Quantum Training for Theatre re-evaluates the status of the profession of teacher training for professional theatre, theatre pedagogy and theatre teaching in schools.

I think that part of the world that we – actors and directors – see, that we hear, that is in touch with our senses, our sensorics – is very small. The greater part of the world is not understood by our human senses. In the same way, the world of the play, the world of the role, is actually much broader than what is seen through the letter of the text, the actions and the senses. How do we expand such a limited world of our knowledge of theater, how do we develop it?

An actor’s and director’s knowledge and skill expand by discovering new connections, new energies, penetrating the spaces of macro and microcosms. Our innovations in the profession depend on it. Without penetrating there, we can no longer develop our knowledge and our skill.  And it is impossible to penetrate there as long as we remain in that state of consciousness and thinking that asserts that all reality is reduced to matter and its interactions. In other words. it is impossible to penetrate there without accepting the ideas of quantum physics, on the basis of which I got the idea of quantum pedagogy for theater. Let me tell you right away, Quantum pedagogy for actors, directors and teachers is easy. But there is one condition – it is not for everyone, because it requires a special way of thinking and that is its main difficulty. Quantum pedagogy is a challenge to the materialistic view of theater education. Most actors and directors, including me, were brought up that way, all technologies were built on that basis.  Quantum pedagogy is not a method, a system or a technical school technique. It is an art, and it needs to be communicated in this way.

Quantum pedagogy is a suite, a composition with deliberate transitions of themes, roll call of motifs. It is a work that is made up of independent parts, but it has no beginning or end or sequence of readings, as opposed to the traditional school way.  I would say that it is one sphere of knowledge united with other knowledge and structures. The rule is that if you understand one knowledge, eight others will be revealed to you. What matters is not the amount of knowledge, not the simple sum of elements, but the totality of connections between them.

In Quantum Pedagogy I use the method of complex-wave training. This makes up for the shortcomings of linear training methods by shaping the artist’s three-dimensional creative thinking, opening up new spaces of acting horizontally, vertically, spherically, in the resonance that arises between the actor “playing” the role and the actor “being played” by role. Quantum Training comprises hundreds of tasks and exercises and thousands of combinations of them. The training exercises are based on the fact that the actor is something more than flesh, blood, feelings, technology, methods. thoughts, emotions and so on, the actor is above all a certain play of vibrations and a sum of energies.

My individual experiments and laboratories have shown that Quantum Training opens to the actor new sources of play, expands the limits of his understanding, his sense of theatrical reality beyond the materialistic world. For me it is especially important that quantum pedagogy, instead of creating the personality of an actor of a certain theatrical system, expands this personality to the volume of the Artist with a holistic perception of Theater, Art, Science, the whole World, which gives him an opportunity to raise his profession to a higher level.

What is waiting for you

A qualification course which integrates perfectly with the individual needs of the various professional requirements.
Weekly live sessions give a regular rhythm and space for self-study.
This programme is a complete course of studies by scope. It works according to the laws of quantum pedagogy and therefore gets by with

They are divided into: 18 lecture-lessons with Dr Jurij Alschitz plus 4 in-depth training units with Dr Olga Lapina and Christine Schmalor

The Quantum Training for Theatre qualification programme itself follows the principles of quantum pedagogy in order to experience the innovative method for oneself.  This involves self-definition as teaching artists for the participants, leading to a personal vision of their theatre and school. Directors and actors are explicitly welcome, allowing Quantum Training to be applied in stage practice.

Quantum education embraces the idea of holistic education and applies wave and resonance theory to educational practice and structure. The various subjects will circulate throught all lessons hereby creating naturally the spherical view.

The course is closely aligned to practice and teaches the use of various methods such as:

In this course, students will be given over 100 Exercises to implement the various teaching subjects. More importantly, they will create at least another 100 Exercises together!
Four sessions are dedicated to deepen some of the topics and to jointly develop new exercises with the experienced members of the team of teachers.

Training as Method is the fundament of any teaching: giving room to actors to develop themselves.
With Training forever! you will be perfectly prepared for the course to develop your own path.
Jurij Alschitz’s Exercises are an artistic legacy to future generations of theatre. 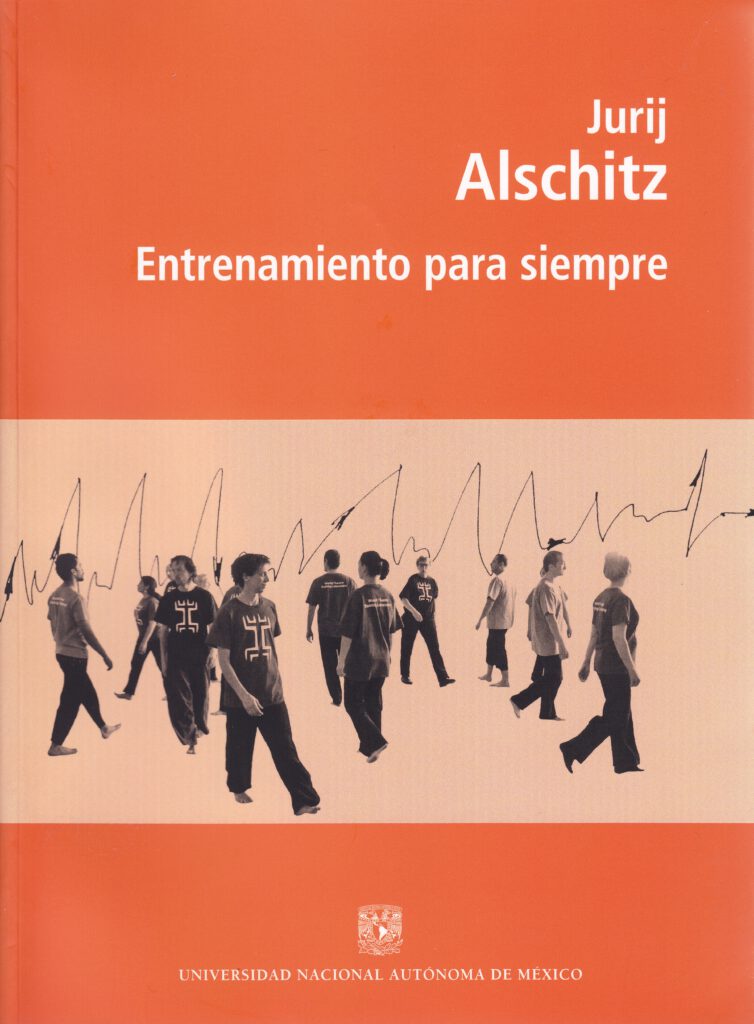 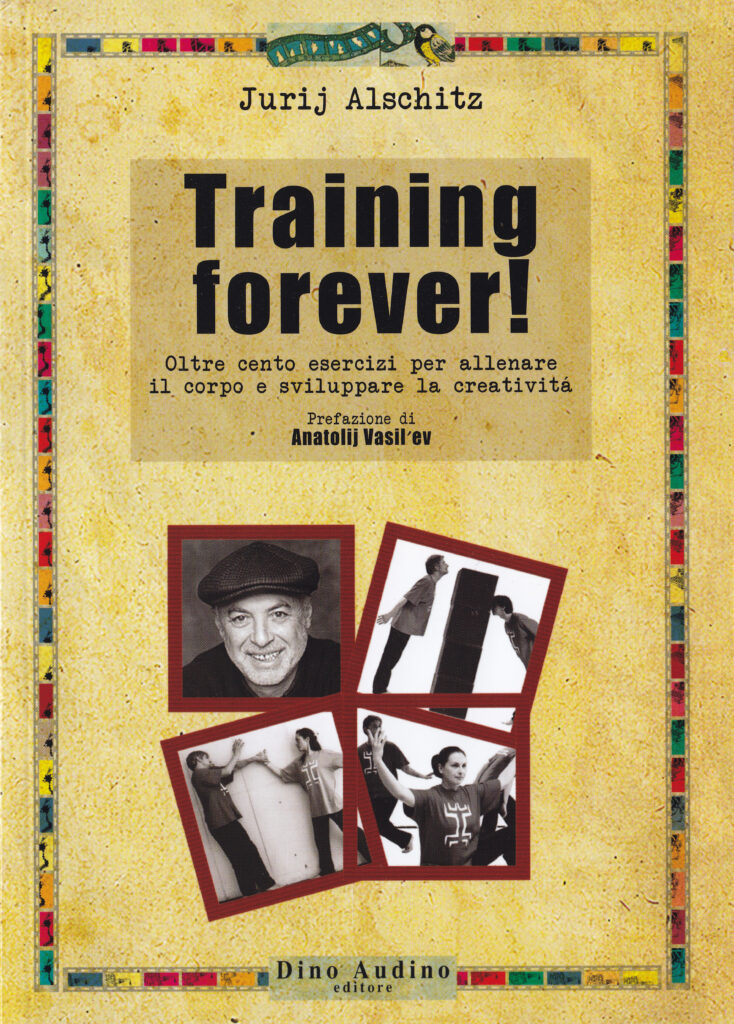 22 weekly live-sessions; 18 with Dr. Jurij Alschitz, 4 training sessions with Dr Olga Lapina, Christine Schmalor
3 hours each
In case you are unable to attend one of the dates you can watch the session as a recording.

A Certificate of Advanced Training will be issued by the World Theatre Training Institute AKT-ZENT | Research Centre of the International Theatre Institute.

Conditions: active participation with at least 75% attendance at the online sessions (up to 25% can also be made up via recording if attendance is not possible) and practical exams.